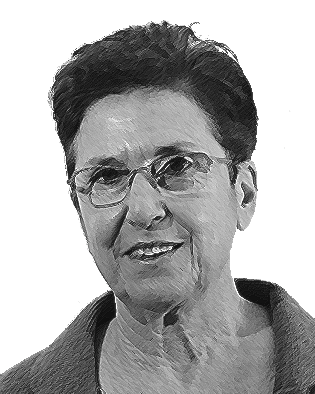 The Project Scientific Coordinator is the ultimate supervisor of the project scientific activities.

Paediatrician, Pharmacologist, and Professor at the University of Bari until November 2013, Adriana Ceci is the Coordinator of the CVBF Scientific Committee, President of the Gianni Benzi Pharmacological Research Foundation (since 2007), and a member of the European Medicines Agency’s Paediatric Committee (since 2008).
Professor Ceci is the CVBF Scientific Coordinator in GAPP (GAbapentin in Paediatric Pain) FP7 Project, member of the Editorial Board and the Executive Board of the FP7 GRIP (Global Research in Paediatrics) Network of Excellence and Coordinator of the TEDDY (Task-Force in Europe for Drug Development for the Young) Network of Excellence, which has been created as an FP6 Project, still functioning as a cooperative network. She is the author of numerous scientific papers in peer reviewed journals and a referee for national and international journals.

An economist specialised in Project management, Mr Bonifazi is the Managing Director of Consorzio per Valutazioni Biologiche e Farmacologich (CVBF), a Consortium comprising public and private research organizations operating in the field of biological and pharmacological research, which has been recently renewed until 2025 through the entry of new associates. In particular, as Coordinator of the DEEP and GAPP (GAbapentin in Paediatric Pain) PProjects, the Consortium proposes itself as a Sponsor for the conduct of non-profit registrative clinical trials in paediatrics.
Mr Bonifazi is also involved in responsiblethree other FP7 Projects, aimed to perform clinical trials in paediatrics: NeoMero (European multicenter network to evaluate pharmacokinetics, safety and efficacy of Meropenem in neonatal sepsis and meningitis), CloSed (Clonidine for sedation of paediatric patients in the paediatric intensive care unit) and NeoVanc (Treatment of late onset bacterial sepsis caused by vancomycin susceptible bacteria in neonates and infants under three months).

The General Assembly is formed by the legal representative (or their delegates) of all Project Beneficiaries and it is chaired by the Project Scientific Coordinator.The General Assemby deals with issues affecting all participants and/or the PProject as a whole, such as overall strategy and all matters that the Project Coordinator (PC) and the Project Scientific Committee (PSC) opt for referring to a higher level. It can approve proposals for contract amendements (including those related to the partnership and to the budget allocation and/or re-assignment) and can change the management structure as well as its members. For decision-making purposes, each partner in the Project will have one representative and one vote.

The Project Scientific Committee (PSC) is comprised by Project Scientific Coordinator, Project Manager, WP Leaders, Lead Scientists and Principal Investigators from all Beneficiares and Third Parties involved. The PSC aims at monitoring all scientific aspects of the Project and at sharing knowledge and experiences amog Beneficiaries. The PSC has decision-making power on the approval of deliverables and on work plan updates. The PSC may further establish specific working groups (Study Working Groups – SWGs).